I’m sure much of Westchester will jump-start its annual Labor Day exodus to Long Island, the Jersey Shore and Cape Cod on the early side (well, maybe not Long Island, where residents are still waiting on power to be restored) so without further delay, here’s the Week in Review (Labor Day Edition):

> The Institute for Supply Management’s factory index of manufacturing activity for August came in at 50.6, well above projections of 48.5 (a number >50 shows expansion while a number <50 represents contraction).

> Lost amidst news surrounding the proposed Google and AT&T mergers, IBM acquired two data analysis firms (Algorithmics for $347 million and i2 for an undisclosed amount).

AND FOR THE NOT SO GOOD NEWS… 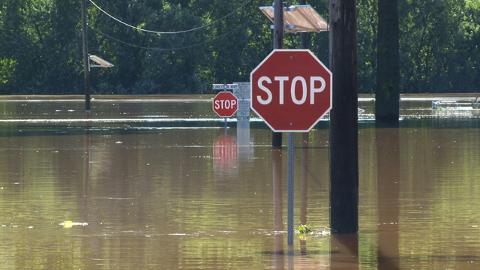 > Irene left her mark on the county, but as images of the damage in upstate NY and Vermont have surfaced over the past several days, it is safe to say that Westchester’s business owners are better off than many. That said, the economic damage from this one will be felt for some time…

> Regardless of their results on the field, the Mets come into the holiday weekend big losers after a proposed $200 million deal with investor David Einhorn for a 33% stake in the team fell through.

Error: Twitter did not respond. Please wait a few minutes and refresh this page.